Here is my interpretation of Rule 9 for the Kansas 4-H SpaceTech Robotics as published for 2019 Kansas State Fair.

The big question on this is what are the “series” of actions that occur each time you press the button?

Now, if the robot has more sets of logic in the series, like spin motor 1 for 200 degrees, spin motor 3 for 90 degrees, leave motors 2 and 4 stationary, and then motors 2 and 4 repeat the 200 and 90 degree spins while motors 1 and 3 remain stationary. That’s a logic series of tasks, and that’s really the dividing line. If when you press the button more than one thing is happening for that button click (preferably with some form of condition like an “if” or a “while” statement) then there is a clear difference between remote control cars. In other words a whole series of things has to happen correctly for it to move forward, not just spinning a motor till you let go of the button.

Example of more sophisticated logic or a “series” of events that goes beyond a typical “remote control car” setup:

This is why the rules ask for the copies of the code used for the robot. That way the judges can see the logic of how a robot functions, is it just a single thing that happens with the push of a button or is there more happening, something that shows the robot completing a task? (In this example 4 motors being logically orchestrated in a specific sequence to “walk” in a given manner.)

This is my interpretation of: Is a robot with a remote control that walks the same as a remote controlled car? Other judges and superintendents may interpret this rule differently and that is their desecration to do so.

If you need guidance feel free to post your remote control specific questions in the comments below or use the contact page to send your question to us. 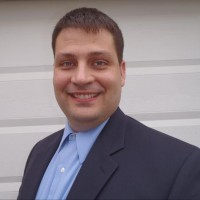 If you are interested in joining the Kansas 4-H STEM Action Team please complete the application form and return to your county or district extension office for review.

*This site is not owned, operated, or maintained by Kansas 4-H or it's associated entities.